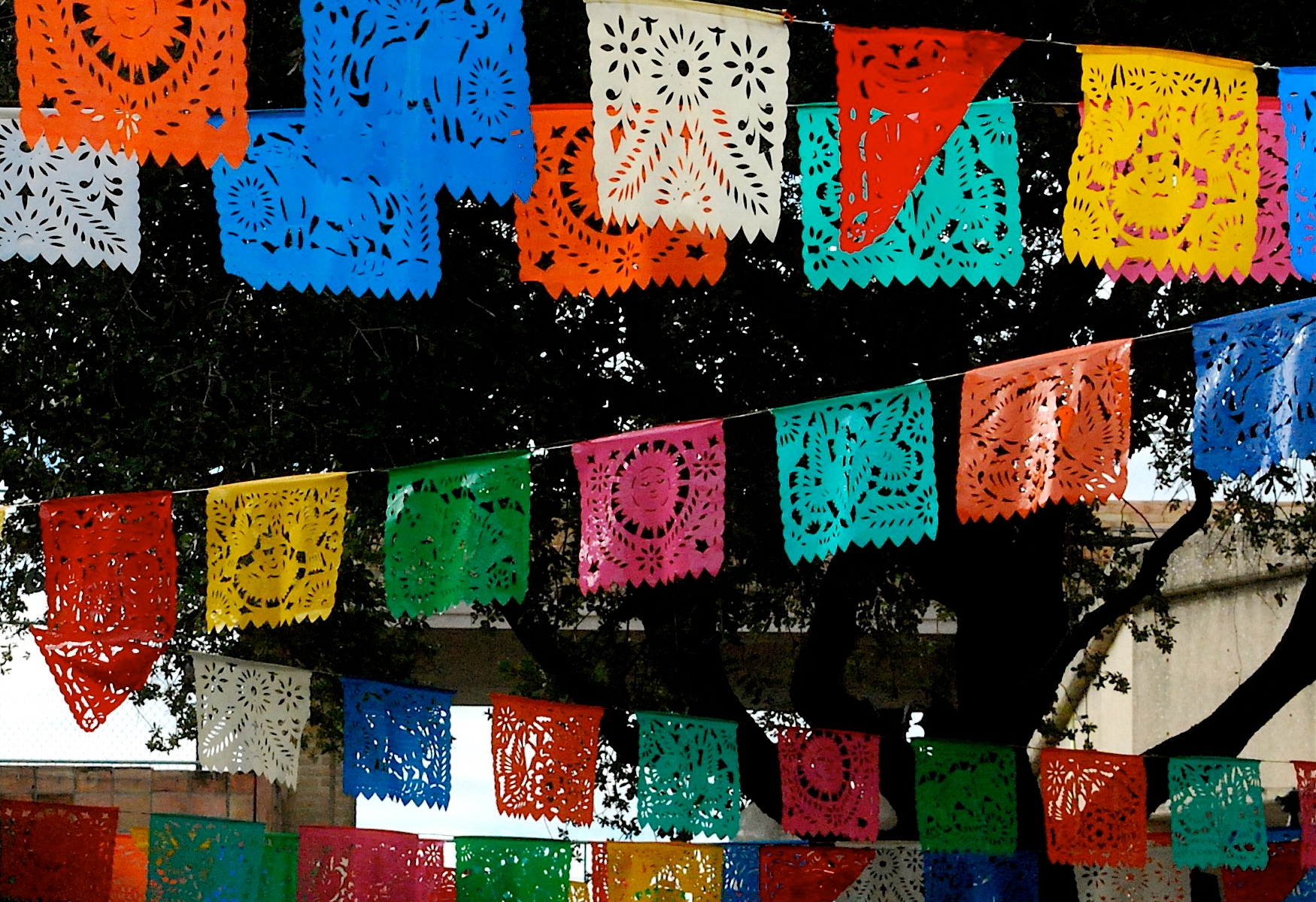 If you are new to San Antonio or have never really celebrated Fiesta I have your rundown on parades, swag, and some of the most popular events. For a full list of events and all Fiesta related events check out the official Fiesta webpage.

Fiesta San Antonio started in 1891 as a one-parade event as a way to honor the memory of the heroes of the Alamo and the Battle of San Jacinto. It has evolved into a celebration of San Antonio’s rich and diverse cultures with events spanning the last two weeks of April. Fiesta is the Party With a Purpose and the funds raised by official Fiesta events provide services to San Antonio citizens throughout the year.

Fiesta is all about bright, bold colors, but here are a few accessories you should add to your wardrobe for that classic fiesta outfit.

April 23: Texas Cavaliers River Parade: Founded in 1926, the Texas Cavaliers consist of over 600 business, civic and community leaders seeking to give back to the community and support those in need. King Antonio XCVI reigns over the evening’s festivities and gives a Texas-sized welcome to the enthusiastic spectators along the winding route. This year’s parade, entitled “Magnificent Missions” promises an evening of family fun with live music, celebrities, and lights. More than 45 festively decorated floats sponsored by local community organizations and military installations drift down the river.

April 27: Battle of the Flowers: The first parade had horse-drawn carriages, bicycles decorated with fresh flowers and floats carrying children dressed as flowers. The Belknap Rifles represented the military. The participants pelted each other with blossoms. The Battle of Flowers Parade is the only one in the country to be planned and directed completely by women. Today it’s the largest parade in Fiesta. It’s second in size nationally only to the Tournament of Roses Parade.

April 28: Fiesta Pooch Parade: Therapy Animals of San Antonio proudly presents its 20th Annual Fiesta Pooch Parade on a 2.6-mile walk through the tree-lined streets of Alamo Heights. If you love hanging out with your human and enjoy meeting other dogs, this event is for you. It will be a howling good time for both of you.

April 20 – 22: Taste of New Orleans: If you want to experience unique and exquisite New Orleans food in a festive atmosphere, don’t miss this three-day fest, alive and kickin’ with the tastes and sounds of ‘Nawlins. You will think you are in New Orleans at this family-friendly event featuring amazing toe-tappin’ music from Dixieland to Smooth Jazz and Zydeco, straight from the Crescent City.

April 20: Alamo Heights Night: The 32nd Annual Alamo Heights Night activities will highlight food from some of San Antonio’s leading restaurants and caterers.This family-friendly atmosphere delivers live entertainment on multiple stages, a live fireworks show and a carnival for kids of all ages!

April 20: Rey Feo Crown Celebration: Founded by Rey Feo XXXII Logan Stewart in 1982, the Rey Feo Consejo Educational Foundation is a membership-based organization of former Rey Feos and other business and civic leaders. After the public crowning of Rey Feo, Fiesta royalty, members of the Consejo and special guests will follow the King to celebrate. Featuring live music, great food, and spirits — making this one of the most sought-after tickets in town.

April 20: The Webb Party: The WEBB Party, will celebrate its 25th year and headlining this year’s extravaganza will be noted recording artist, cabaret performer, and TV actor Jinkx Monsoon, nationally acclaimed winner of “Ru Paul’s Drag Race.” The party – as always – will include a multitude of full-service open bars for all guests (alcoholic beverages for 21 and over only), high-energy dance music, exotic cuisine tastings – and Fiesta’s most diverse, fun-loving crowd.

April 22: Fiesta Cup: The San Antonio Polo Club presents the 4th annual Fiesta Kings Cup. Teams composed of players from San Antonio and Texas will represent Team King Antonio and Team El Rey Feo in the official Polo march consisting of 4 chukkers (periods) and a championship round. Guests will be able to participate in a divot stamp at intermission and our fancy hat contest. Prizes and silent auction items will be available.

April 24 – 26: Cornyation: Cornyation can be traced back to as early as 1951. It was originally staged by SALT (San Antonio Little Theater) at the Arneson River Theater as part of A Night in Old San Antonio. The show’s irreverent pokes at politicians, the prominent and the not-so-prominent, caused its demise as part of NIOSA in 1964.

April 24 – 27: NIOSA (A Night in Old San Antonio): Each year the historic downtown village of La Villita takes center stage as 85,000 visitors gather for four nights to celebrate the city’s unique heritage at “A Night in Old San Antonio.” More than 250 elaborately decorated food and drink booths and more than a dozen nonstop entertainment stages represent the diverse cultures and customs of our city in 15 heritage-themed areas.

April 28: King William Fair:  The King William Fair is a family fair with art and craft vendors, live music and dance on five stages, food and beverage booths, a Kids Kingdom play area and a small but quirky parade, all on the streets of the historic district with its stately homes and gracious gardens.

April 29: A Day in Old Mexico: The Asociación de Charros de San Antonio has been carrying on the tradition of Charrera for years. Charrera originated in the 19th century as a way for the landed gentry to prepare horses and riders for war, it later evolved into an equestrian competition featuring horse reining, bull riding and artistic roping skills. Explore the distinctive culture which upholds deep-rooted customs, tradition, and family as a way of life. This family event features food, drink, pony rides for the kids, Ballet Folklorico performances, and live Mariachi music.